STRUCTURE OF A MEDICAL TERM 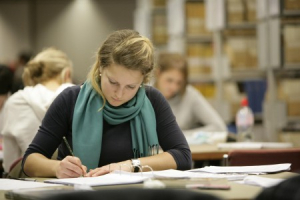 Prefix:  The prefix of a word is before the main part of the word. If you can recognize the meaning of the prefix, you will be able to guess the word’s definition more accurately. We have categorized a selected group of medically related prefixes. They fall into three categories–position, description, and measurement.

Suffix:  A suffix is added to the end of a word root to modify its meaning. The suffix will usually tell what is happening to the root. Remember that suffixes will usually follow a combining form.

Root word:  It is the foundation of a medical term.

Human beings are arguably the most complex organisms on this planet. Imagine billions of microscopic parts, each with its own identity, working together in an organized manner for the benefit of the total being.  The human body is a single structure but it is made up of billions of smaller structures of four major kinds:

Cells have long been recognized as the simplest units of living matter that can maintain life and reproduce themselves. The human body, which is made up of numerous cells, begins as a single, newly fertilized cell.

Tissues are somewhat more complex units than cells. By definition, a tissue is an organization of a great many similar cells with varying amounts and kinds of nonliving, intercellular substance between them.

Organs are more complex units than tissues. An organ is an organization of several different kinds of tissues so arranged that together they can perform a special function. For example, the stomach is an organization of muscle, connective, epithelial, and nervous tissues. Muscle and connective tissues form its wall, epithelial and connective tissues form its lining, and nervous tissue extends throughout both its wall and its lining.

Systems are the most complex of the component units of the human body. A system is an organization of varying numbers and kinds of organs so arranged that together they can perform complex functions for the body. Ten major systems compose the human body:

Body functions are the physiological or psychological functions of body systems. The body’s functions are ultimately its cells’ functions. Survival is the body’s most important business. Survival depends on the body’s maintaining or restoring homeostasis, a state of relative constancy, of its internal environment.

Homeostasis
“Standing or staying the same” then is the literal meaning of homeostasis. However, as Cannon emphasized, homeostasis does not mean something set and immobile that stays exactly the same all the time. In his words, homeostasis “means a condition that may vary, but which is relatively constant.”

Homeostasis depends on the body’s ceaselessly carrying on many activities. Its major activities or functions are responding to changes in the body’s environment, exchanging materials between the environment and cells, metabolizing foods, and integrating all of the body’s diverse activities.
The body’s ability to perform many of its functions changes gradually over the years. In general, the body performs its functions least well at both ends of life – in infancy and in old age. During childhood, body functions gradually become more and more efficient and effective. During late maturity and old age the opposite is true. They gradually become less and less efficient and effective. During young adulthood, they normally operate with maximum efficiency and effectiveness.

All living organisms have certain characteristics that distinguish them from non-living forms. The basic processes of life include organization, metabolism, responsiveness, movements, and reproduction. In humans, who represent the most complex from of life, there are additional requirements such as growth, differentiation, respiration, digestion, and excretion. All of these processes are interrelated. No part of the body, from the smallest cell to a complete body system, works in isolation. All function together, in fine-tuned balance, for the well being of the individual and to maintain life. Disease such as cancer and death represent a disruption of the balance in these processes.

The following is a brief description of the life process:

Organization
At all levels of the organizational scheme, there is a division of labor. Each component has its own job to perform in cooperation with others. Even a single cell, if it loses its integrity or organization, will die.

Metabolism
Metabolism is a broad term that includes all the chemical reactions that occur in the body. One phase of metabolism is catabolism in which complex substances are broken down into simpler building blocks and energy is released.

Responsiveness
Responsiveness or irritability is concerned with detecting changes in the internal or external environments and reacting to that change. It is the act of sensing a stimulus and responding to it.

Movement
There are many types of movement within the body. On the cellular level, molecules move from one place to another. Blood moves from one part of the body to another. The diaphragm moves with every breath. The ability of muscle fibers to shorten and thus to produce movement is called contractility.

Digestion
Digestion is the process of breaking down complex ingested foods into simple molecules that can be absorbed into the blood and utilized by the body.

Excretion
Excretion is the process that removes the waste products of digestion and metabolism from the body. It gets rid of by-products that the body is unable to use, many of which are toxic and incompatible with life.

The ten life processes described above are not enough to ensure the survival of the individual. In addition to these processes, life depends on certain physical factors from the environment. These include water, oxygen, nutrients, heat, and pressure.

Superior or Cranial
Toward the head end of the body; upper (example, the hand is part of the superior extremity).

Away from the head; lower (example, the foot is part of the inferior extremity).

Anterior or Ventral
Front (example, the kneecap is located on the anterior side of the leg).

Back (example, the shoulder blades are located on the posterior side of the body).

Medial
Toward the midline of the body (example, the middle toe is located at the medial side of the foot).

Lateral
Away from the midline of the body (example, the little toe is located at the lateral side of the foot).

Proximal
Toward or nearest the trunk or the point of origin of a part (example, the proximal end of the femur joins with the pelvic bone).

Distal
Away from or farthest from the trunk or the point or origin of a part (example, the hand is located at the distal end of the forearm).

Planes of the human body
Medical professionals often refer to sections of the body in terms of anatomical planes (flat surfaces). These planes are imaginary lines – vertical or horizontal – drawn through an upright body. The terms are used to describe a specific body part.

Coronal Plane (Frontal Plane)
A verticle plane running from side to side; divides the body or any of its parts into anterior and posterior portions.

Sagittal Plane (Lateral Plane)
A verticle plane running from front to back; divides the body or any of its parts into right and left sides.

Axial Plane (Transverse Plane)
A horizontal plane; divides the body or any of its parts into upper and lower parts.

Median plane
Sagittal plane through the midline of the body; divides the body or any of its parts into right and left halves.

Body cavities
The cavities, or spaces, of the body contain the internal organs, or viscera. The two main cavities are called the ventral and dorsal cavities. The ventral is the larger cavity and is subdivided into two parts (thoracic and abdominopelvic cavities) by the diaphragm, a dome-shaped respiratory muscle.

Body Tissues
Tissue is a group of cells that have similar structure and that function together as a unit. A nonliving material, called the intercellular matrix, fills the spaces between the cells. This may be abundant in some tissues and minimal in others. The intercellular matrix may contain special substances such as salts and fibers that are unique to a specific tissue and gives that tissue distinctive characteristics. There are four main tissue types in the body: epithelial, connective, muscle, and nervous. Each is designed for specific functions. Use the hyperlinks below to branch into a tissue type and learn more about the topic.

Epithelial tissue
Epithelial tissues are widespread throughout the body. They form the covering of all body surfaces, line body cavities and hollow organs, and are the major tissue in glands. They perform a variety of functions that include protection, secretion, absorption, excretion, filtration, diffusion, and sensory reception.
The cells in epithelial tissue are tightly packed together with very little intercellular matrix. Because the tissues form coverings and linings, the cells have one free surface that is not in contact with other cells. Opposite the free surface, the cells are attached to underlying connective tissue by a non-cellular basement membrane. This membrane is a mixture of carbohydrates and proteins secreted by the epithelial and connective tissue cells.
Epithelial cells may be squamous, cuboidal, or columnar in shape and may be arranged in single or multiple layers.

Connective tissue
Connective tissues bind structures together, form a framework and support for organs and the body as a whole, store fat, transport substances, protect against disease, and help repair tissue damage. They occur throughout the body. Connective tissues are characterized by an abundance of intercellular matrix with relatively few cells. Connective tissue cells are able to reproduce but not as rapidly as epithelial cells. Most connective tissues have a good blood supply but some do not.

Muscle tissue
Muscle tissue is composed of cells that have the special ability to shorten or contract in order to produce movement of the body parts. The tissue is highly cellular and is well supplied with blood vessels. The cells are long and slender so they are sometimes called muscle fibers, and these are usually arranged in bundles or layers that are surrounded by connective tissue. Actin and myosin are contractile proteins in muscle tissue.

Nervous tissue
Nervous tissue is found in the brain, spinal cord, and nerves. It is responsible for coordinating and controlling many body activities. It stimulates muscle contraction, creates an awareness of the environment, and plays a major role in emotions, memory, and reasoning. To do all these things, cells in nervous tissue need to be able to communicate with each other by way of electrical nerve impulses.